Everybody loves an underdog, right? In August, 2015, before the season began, the Leicester City Football Club in England faced seemingly insurmountable odds to win the Premier League title. Odds-makers chanced the club’s prospects for the title at an astonishing 5,000-to-1. To give you an idea of how ridiculously absurd those odds are here are some other odds that lend perspective. The U.S. Men’s Hockey Team was given 1,000-to-1 odds of winning the gold medal in the 1980 Olympics. The Minnesota Twins faced 500-to-1 odds of winning the World Series in 1987. The Cleveland Browns were given 200-to-1 odds of winning the Super Bowl this season (they finished the season with one win)1.

Nine short months after being given the Las Vegas-equivalent of a snowball’s chance in…ahem…Las Vegas, Leicester defied those odds and clinched its first Premier League title in the club’s 132-year history. Those odds did improve as the season progressed, but didn’t reach a still lofty 100-to-1 chance until after Leicester achieved a record of 9 wins, 1 loss and 5 draws four months later. Forget about Rocky Balboa knocking out the steroid-infused Ivan Drago in Rocky IV, Leicester is the epitome of odds-defying upsets in the world of sports.

Beyond Leicester’s accomplishment, the United Kingdom stunned the world in June, voting to exit the European Union. While polls effectively showed the vote as too close to call just before it took place, that wasn’t the case for the vast majority of the time since the referendum was announced nine-months earlier. Market reaction immediately following the results of the vote indicated that investors were assuming Britons would vote to stay in the European Union.

That brings us to our most recent upset, with the election of Donald Trump to be the 45th President of the United States. Leading up to the election nearly every poll was anticipating a win for Hillary Clinton, as was the capital market. If you were up late watching election coverage, you no doubt heard that the U.S. stock futures market sank dramatically as the voting results began to indicate that Mr. Trump would pull off an upset. The futures market was indicating a significantly lower opening value for the U.S. stock market than where it closed on Election Day. As I went to sleep that night, I readied myself for the reality of the election results and the expectation of substantial volatility to ensue in the capital markets.

In the weeks leading up to the election, there was an understanding that the markets had more or less priced in a Clinton win. This meant that we shouldn’t have expected to see a meaningful market reaction if Ms. Clinton won. In fact, there was a nine day stretch of falling stock prices just prior to the election that correlated to a gradual increase in Mr. Trump’s chances for victory2. So an unexpected win for Mr. Trump was expected to lead to uncertainty and volatility in the capital markets.

The futures market on the night of the election seemed to be reacting in an expected way to unexpected results. So why did the stock market wind up opening the day following the election down a little less than one-half percent and finishing that day up over one percent?3 What had changed so drastically in a dozen hours to spark such a dramatic turnaround? The volatility that was expected to result from the unexpected win of Mr. Trump fizzled before it really even started. 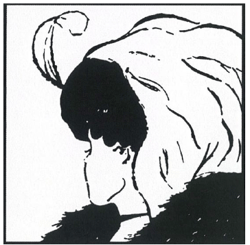 Perception can make all the difference in the investment landscape. The image on the left is famous for illustrating that perception is critical to understanding. Is this an image of a young woman or an old woman? Your perception is the key to how you may answer. The market perceived that the election of Mr. Trump would lead to uncertainty and instability, both of which tend to bring angst to stock investors. In the days and weeks following the election, investors quickly changed their perception to downplay the potential risks associated with Mr. Trump’s policy stance and rhetoric. Instead, investors refocused on the potential gains that a pro-business, pro-United States administration may yield.

Economic and stock market growth expectations from most pundits have moved solidly optimistic. Potential tax rate reductions for corporations, decreased regulation and a significant fiscal spending initiative top the list of reasons that we’ve seen a very positive market reaction following the election. Risks associated with a protectionist stance on foreign trade and open markets have been pushed out of focus. The risks of inflation and rising interest rates have come into focus, pushing long-term bond prices down.

This perception shift is yet another lesson in the perils of allocating investments based on near-term market predictions. In this scenario, predictions were for stocks to lose value should Mr. Trump win the election. Instead, the S&P 500 Index gained 5 percent3 in the eight weeks following the election. The whims of the market are fickle and unpredictable.

We believe it is very likely that investor perception will shift again as the realities of what Mr. Trump has proposed conflict with current expectations. Fiscal spending has been a priority set out by Mr. Trump and yet he will be surrounded by a Congress that is intent on reducing the budget deficit. Both could possibly be achieved, but doing so in a manner that is actually stimulative to the U.S. economy on an aggregate basis seems improbable. Additionally, the nature, timing and size of any fiscal stimulus matter significantly when subsequently forecasting the affect on economic growth. Finally, remember that our economy is in many respects the strongest that it’s been in nearly a decade. As former Chairman of the Federal Reserve Ben Bernanke stated in his most recent blog4, “The effects of a fiscal program also depend on the state of the economy when the program is put in place. … Today, with the economy approaching full employment, the need for demand-side stimulus, while perhaps not entirely gone, is surely much less than it was three or four years ago.”

It is very important to keep in mind that 2017 will bring elections in France and Germany as well as the continuation of the United Kingdom’s divorce with the European Union. The political landscape in Europe is no less divisive than it is in the U.S., which is likely to add some volatility to foreign markets and currency rates. To the extent that trade negotiations exacerbate protectionism globally, the consequences become difficult to handicap.

Nevertheless, we all know that markets can continue to move contrary to our perception of rationality for a prolonged period. Long-term investing is how we approach building portfolios because of this fact. It allows us to be patient and thorough in our analysis of market opportunities and risks. It does not absolve us from making erroneous conclusions, but it does help us minimize the affect of those misjudgments, for better or worse, on your portfolio’s ability to meet your objectives.

President Trump remains an underdog in our eyes in his ability to solve the U.S. economic growth puzzle. We are not writing him off and running for cover though. Clearly some of the initiatives that he’s proposing would be beneficial to U.S. economic growth. It’s just unclear at this time whether the net effect will resemble the ’87 Twins or the ’16 Browns. Our sincere hope is for the former, but we’ll more likely end up somewhere in between.

I want to take an opportunity to call your attention to the Department of Labor rules that are expected to go into effect in April. We welcome actions that will improve transparency and expose conflicts of interest within our industry. While the rules outlined by the DOL remain to be fully interpreted we are hopeful that the end result will be a more informed and better served general public. Making the decision of what financial advice to trust remains difficult. To the extent that the DOL’s promotion of the fiduciary standard, a standard that your Birchwood advisor has adhered to since becoming a CFP® Professional, reduces the complexity and opacity behind advice disseminated to investors, we are strongly in favor of such action.

As many of you already know, we are motivated by opportunities to help others. It is what led each of us to this business. The recent election was very divisive and many are left feeling dejected and afraid for America’s future. In many respects, we empathize with those feelings. At the same time, we remain fiercely supportive of democracy and capitalism and recognize neither creates a linear path to a better tomorrow. We welcome the opportunity to review your financial situation or that of a friend, colleague or loved one in light of so much change. We are so blessed to have such a wonderful relationship with each of you and look forward to another year working together toward your goals.

1 Sources:  “Here are the longest of the long shots in sports history who have won.” The Kansas City Star May 3, 2016.
Purdum, David. “Decent number of bettors pick Browns to win it all” ESPN.com September 7, 2016.

2 Source: Cheng, Evelyn. “Wall Street reacts: Here’s what the markets will do after the election.” CNBC.com Market Insider November 7, 2016.