Planning for the Unexpected Realities of Retirement 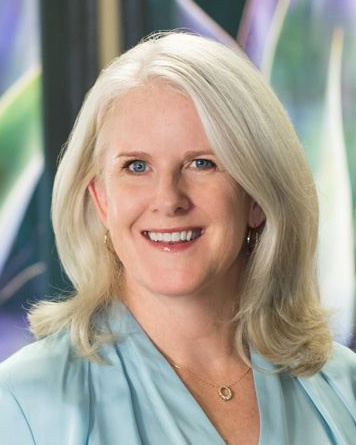 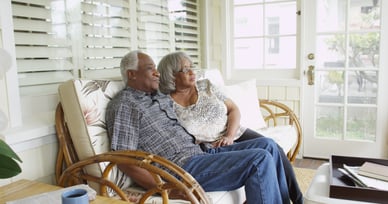 After all the planning, number-crunching, endless discussions, dreaming, and plotting, how often is retirement what people expect it to be? As financial advisors helping people prepare for retirement, we’ve seen many clients make the transition from working to retired life.

For some, it’s precisely what they expected, but others are surprised. These are the top seven unexpected realities of retirement that our clients and others experience.

Your Retirement Age CAME earlier or later than expected

We often see clients plan for retirement at a certain date only to find themselves retired earlier than expected. This became all the more true in 2020. Some people found themselves laid off due to the coronavirus pandemic, while others decided they just wanted to call it quits. On the flip side, we’ve seen people push their retirement date back as they get closer. Knowing they can be financially secure in retirement makes it easier to commit to their original target date.

A 2018 Employee Benefit Research Institute survey reported that individuals often retire earlier than expected. Only about 10 percent of people plan to retire before age 60 – but in reality, nearly a quarter of survey participants had already retired by their 60th birthday. Although nearly half of workers expect to retire after reaching age 65, only 19 percent of retirees stayed working that long. In fact, the median retirement age was 62 years old.

When working with clients planning their retirement, we can model scenarios for them to show them what their lifestyle may look like if they retire at a certain age. We try to build in some flexibility and a way to structure their goals successfully if they need or want to retire earlier than planned. Whether retiring earlier or later than targeted, we’ve found clients are less anxious when they have choices.

We’ve all seen the headlines that you need 70 to 90% of your pre-retirement income in retirement, but that isn’t true for everyone. It's true that some people spend less money in retirement because they don’t pay FICA tax on pensions, Social Security, or investment income – but when someone asks me how much money they need in retirement, I always say, “It depends.”

Many retirees' spending actually increases in the early years of retirement. If you're healthy, energetic, and active, chances are you’re ready to pack your bags for those long-anticipated trips or to splurge on new gear as you spend more time on the golf course. Thus, instead of shooting for a percent of your pre-retirement income, you need to create a retirement budget that fits into your overall financial plan.

I’ve heard countless times that clients intend to fund their retirement by partly downsizing. While this works in some cases, most of the time, downsizing isn’t a reality. While a person could move into a smaller home, it often costs the same or more than their current home.

For example, moving to a newer townhouse will likely cost you more than you were paying for the three-bedroom you used to live in. If you’re planning to move to a condo, the homeowners' association fee will likely bring the cost of ownership back up to where you were. However, if you move from a high-cost area such as the east or west coast to middle America, you certainly might be able to bank some equity.

We often see people in later retirement selling their homes and moving into retirement centers. The costs associated with this sort of move can vary greatly, but oftentimes, it’s more expensive than expected. The average monthly cost of independent living in Minnesota is $2,144, whereas most single clients we see pay between $3,000 to $3,500 per month for independent living. Assisted living and nursing home costs simply increase from there.

Some people believe that once they're on Medicare, all their healthcare costs disappear – but this is a myth. While Medicare can undoubtedly be less expensive than insurance on the independent market, there are still costs associated.

I’d be remiss if I didn’t mention dental care. We’ve had numerous clients run into costly dental care in their later years, paying between $10,000 and $30,000 for maintenance such as dental implants. These steep and unexpected costs surprised one client so strongly that he suggested we add dental care to every financial plan we put together for retirees.

STRUCTURE IS A GOOD THING IN RETIREMENT

Toward the end of his life, my grandfather said that he would have taken up a new career if he’d known he would be retired for 25 years. He ended up with a lot of unstructured time in retirement, and golf just wasn’t fulfilling enough for him. Structure can be useful for older people.

According to a study from the Applied Research in Quality of Life, time management and overall quality of life are correlated: when one goes up, so does the other. Contrary to common belief, applying structured time management best practices impacted happiness more than having ample free time.

Many of our clients find that the first year after retirement feels the most challenging because they feel adrift. For many people, work is about more than collecting a paycheck, it provides a sense of purpose and meaning in their lives. Work often defines who we are in the world, and when that identity is altered by a change in employment, there can be confusion and sadness – a phenomenon often known as retirement anxiety.

Although finding a new meaning can be difficult, it has big payoffs. In fact, mortality rates in our late 70s fall by half if we have sufficient meaning. You can find out more about creating a meaningful retirement with our Transitions and Meaningful Retirement webinar by Ruth Tongen.

BEING SATISFIED IN RETIREMENT REQUIRES PLANNING

According to the Center for Retirement Research at Boston College, over 60% are very satisfied with retirement. And a study by Transamerica Center for Retirement Studies found that nearly all are happy, but half feel financially insecure. Most of our clients desire both happiness and financial security in their retirement. Working with a financial advisor can help you get on the right financial footing. As suggested by Ruth Tongen during our Transitions and Meaningful Retirement webinar, doing a bit of homework can help you prepare for the happiness part.

While one will always encounter unexpected situations, being aware of retirement realities and creating flexibility in your plan can better help you prepare for a smooth transition from working life to living the retirement you always wanted.

[READ: A Guide to Taxes in Retirement]

[READ: I Set My Retirement- Now What?]